The pipe organ has been my lifelong interest, and I was privileged to serve as organist for 49 years in various churches in Canada as well as in the Netherlands. Accompanying a congregation on the organ was a real joy to me, weeping with those who weep and rejoicing with those who rejoice. Our earthly praise will transcend into heavenly praise and never end.


Above: Rieger 5 manual Concert Organ.
China's largest pipe organ is located at the Oriental Arts Centre, Shanghai, China.
The Concert hall is equipped with an 88 stop 5 manual keyboard pipe organ. As the biggest pipe organ in China, it is specially made for Shanghai Oriental Art Center by Austrian Rieger Pipe Organ Co., Ltd. 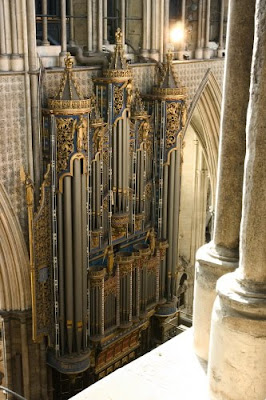 The Harrison and Harrison organ of Westminster Abbey was installed for the Coronation of King George VI in 1937. With four manuals and 84 speaking stops, it incorporated some of the pipework from the previous five manual instrument, built by William Hill in 1848. 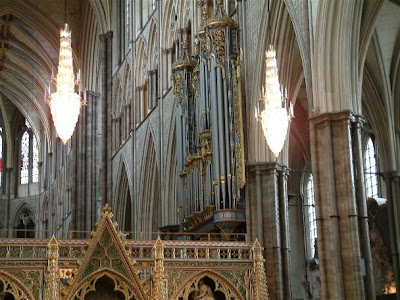 The earliest evidence of any organ in the Abbey dates from 1304, referring to ‘a pair of organs’ in the Lady Chapel. From the late sixteenth century there was an organ in the Quire, of which no details survive, but that was certainly played by John Blow and Henry Purcell – two of the most eminent names amongst the list of distinguished Organists of Westminster Abbey. 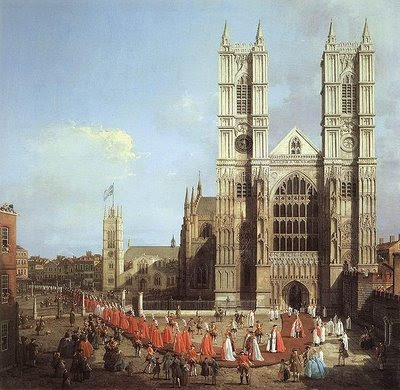 A new organ, built for the Coronation of George II in 1727, was re-located and placed on the central screen at the entrance to the Quire. This was replaced in 1848 by the Hill organ, built on the North and South sides of the Nave Screen where the Harrison and Harrison instrument now stands. The two organ cases, built originally for the Hill organ in 1895 by the architect J.L. Pearson, were coloured and reinstated in 1959.


No significant changes were made to the original specification until a major overhaul in 1982. A second, unenclosed choir division was installed in the North case, and new stops added to the Great and Pedal divisions.

At the console, a fifth manual was added in preparation for the Bombarde division located in the North Triforium. Completed in 1986, this new department comprises fanfare reeds and a robust chorus, giving the organ a greater presence and supporting large congregations on major occasions.

2006 saw a complete overhaul of the console. The memory capacity was doubled to 512 channels; ten thumb pistons serve each of the four main manuals; new reversible thumbs pistons are in place for 32 foot stops; and the music desk is now fully adjustable. 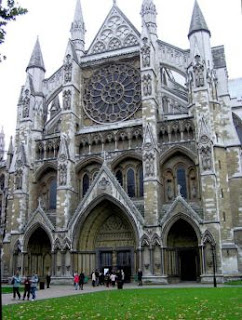 The Organ plays a central role in the Abbey’s daily liturgy, accompanying the choral music with distinctive colour and sensitivity; it is also a powerful and versatile solo instrument. Organ recitals take place every Sunday, given by the Abbey organists and visitors from across the world, and each year the Summer Organ Festival brings some of the world’s leading performers to the Abbey. 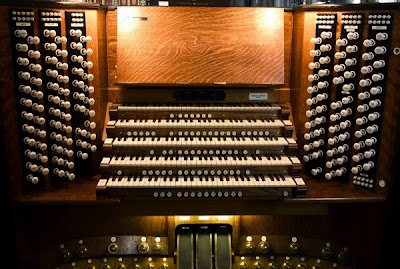 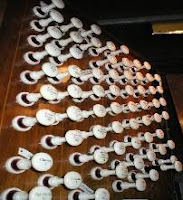 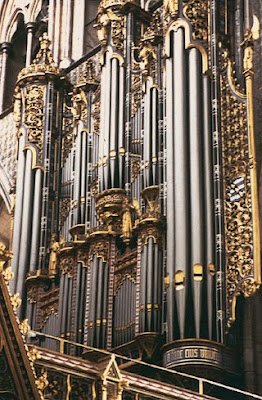