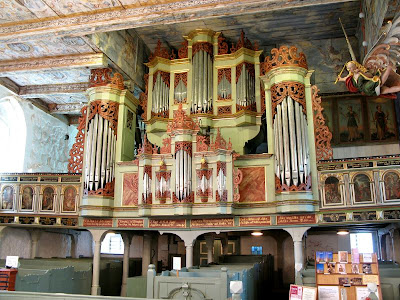 1683: Building of the organ by Arp Schnitger. He used parts of  pipework, case and windchests of the previous organ from 1599 by Antonius Wilde.
1746: Jacob Albrecht replaces the Dulcian 16' of the Rückpositif by a Vox Humana 8'.
1796-1798: Georg Wilhelm Wilhelmy adds Dis to the Pedal and replaces the Cimbelstern by "Harmonischen Glocken".
1930-1931: Repairs by Furtwängler & Hammer.
1960-1961: Restoration according to the principles of the "Orgelbewegung". Intonation on a low wind-pressure and new tracker action mechanism.
1981-1982: Restoration by Jürgen Ahrend.


DISPOSITION OF THE ORGAN 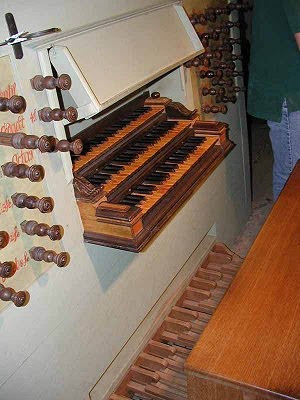 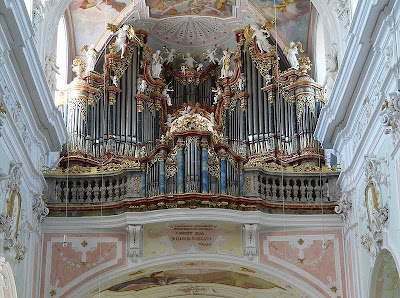 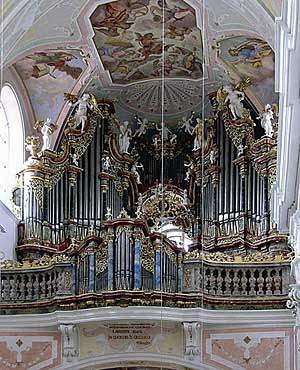 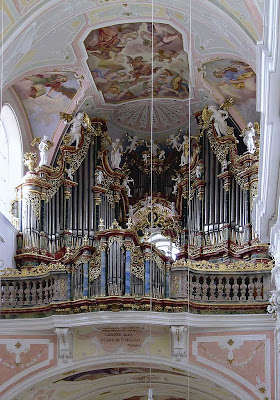 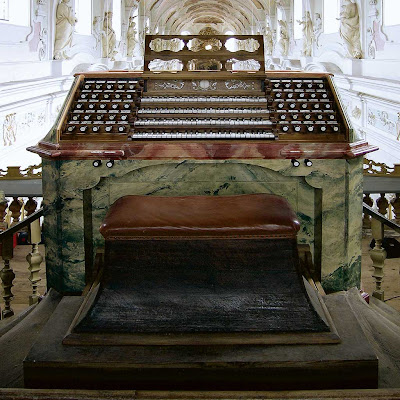