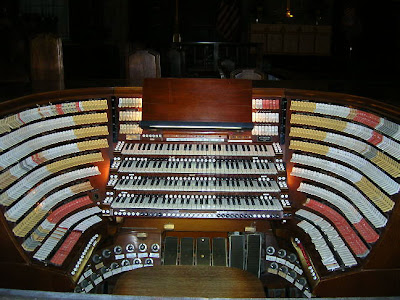 Mayer was influenced by George A. Audsley in his distinctive tonal design, which includes an unusual 72-rank Harmonic division, with its choruses of loud and soft mutations. Enlarged further by memorial gifts, it is now the largest church organ in the world.

The current West Point stoplist with a total of 874 speaking stops controlling 23,236 pipes, is awesome in both its scale and its unique character. The impressive four-manual keydesk is arguably the world's largest "horseshoe" console.