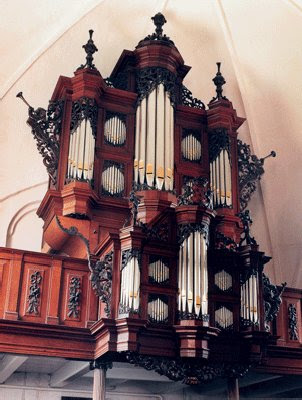 Arp Schnitger, originally from North Germany, is considered to be the master of organ building during the Baroque period. His organs are characteristic of a larger main case, and then a smaller lower case. His organs typically have fascade (front) pipes made mostly of tin, giving them the very shiny look. All his organs have extremely ornate carvings such as angels and instruments. Though immensely beautiful, his organs are even more beautiful to hear.

The Arp Schnitger organ at Uithuizen has been world famous for over 50 years now, due to the way the brothers Cor, Bernhardt and Herman Edskes, who were organists at Uithuizen for many years, promoted the organ in The Netherlands and abroad. The organ was built in 1701. It was richly decorated by Jan de Rijk (local aristocrats financed the organ). The organ was maintained by Radeker (1708, 1710), Hinsz (1747, 1785), Lohman (1800, 1811, 1830) and Van Oeckelen (1856, 1891). Especially Van Oeckelen changed the instrument: he renewed, for example, the Bourdon (which made it necessary to widen the lower case of the organ) and the Trompet, and replaced several other stops. Bernhardt Edskes restored the instrument in 1986 (Rugwerk) and 2001 (Hoofdwerk, Pedaal). Edskes reconstructed the situation of 1785. This implied that Hinsz's manuals could be retained, as well as the manual coupler, an auxiliary that Arp Schnitger may not have built - which is a question for further investigation.


Menno van Delft plays "Vater unser im Himmelreich" by Georg Böhm on the Arp Schnitger organ in the Jacobikerk at Uithuizen, The Netherlands.


Remarkable are the stylistic accuracy and the high quality of the craftsmanship that characterise Edskes's work. The purity of the organ is impressive, although one may ask whether Radeker or Schnitger would have aimed at it in such a detail as Edskes has done.... But that's a question of minor importance. All in all: a well-done restoration!

Praeludium in C BuxWV137 on the Arp Schnitger-organ in Uithuizen (NL). The instrument was restored in 2001 by Bernhardt Edskes and is one of Schnitgers best preserved instruments with mostly original pipes. 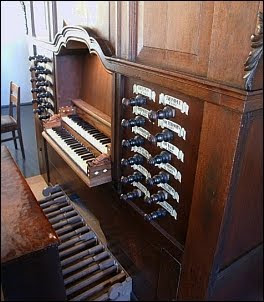 Disposition of the Arp Schnitger-organ 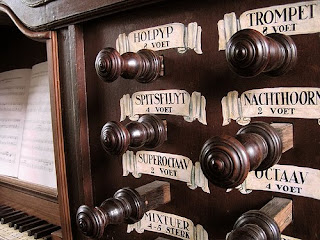 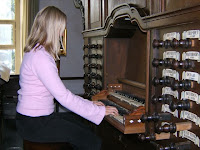 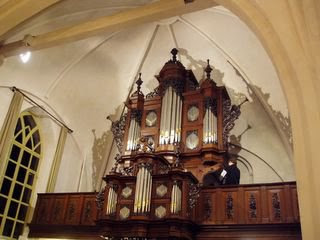