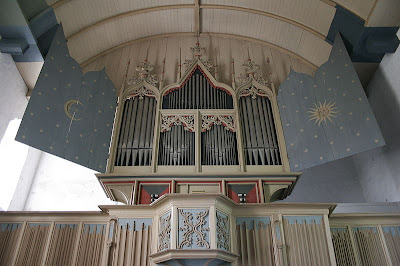 Organ built in 1457 by Meister Harmannus from Groningen.


The Rysum organ is one of the oldest playable pipe organs in the world. It was originally built in 1457 1457 by Meister Harmannus from Groningen and rebuilt in 1513. After undergoing several other modifications through the years it was restored to its 1513 condition by Jürgen Ahrend and Gerhard Brunzema in 1959.

The organ in the village church was bought from the organ maker Harmannus in Groningen in 1457. The villagers had it transported across the frozen Dollart and paid with a couple of fat cows.
Since then, the instrument has hardly been changed. Most of the work is original, and still fully functional. This makes the Rysum instrument one of the oldest organs in Lower Saxony, other sources say in the whole of Northern Europe. No matter what, the instrument is unique. For concerts and presentations, experts from all over the world come to Rysum.


In Rysum stands the oldest extant playable organ in Germany. Combined, the building phases of 1457 and 1513 resulted in an instrument in the Hanseatic Gothic tradition. As early as the second half of the 15th century, the region around the Dollart bay was home to flourishing organ culture with many organs in monasteries and city churches, as well as smaller village churches. Alone in the small region between the cities of Emden and Norden known as the Krummhörn, there exists evidence for ten Gothic organs. Still possesing its original pipework, the Late Gothic organ in Rysum is the only extant larger instrument on which the significant 15th and 16th century repertoire can be heard. 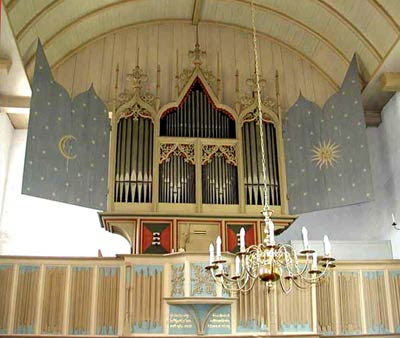 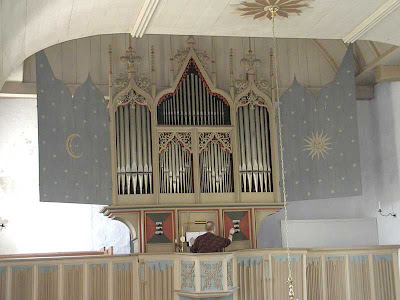