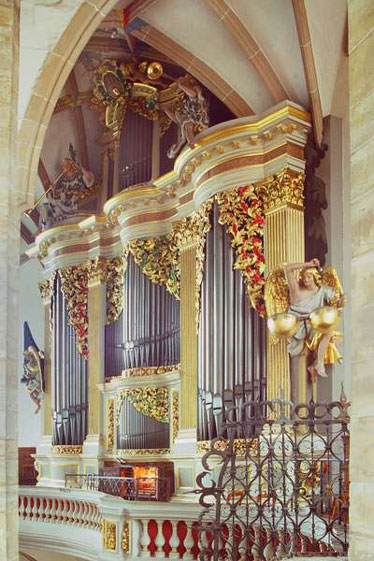 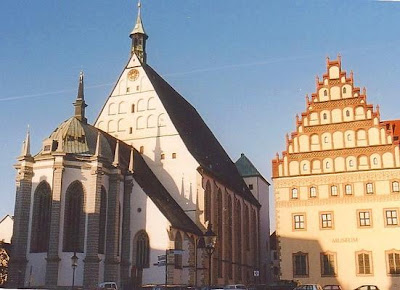 St. Mary's cathedral was built in the Roman style around 1180/1190. The church has been granted the rank of collegiate church and cathedral in 1480. Following a fire in 1484, it was rebuilt in the Gothic style until 1501. The community went to Lutheran faith in 1537.


The gallery organ, built by Gottfried Silbermann, is not only the most important of the 30 organs built by the renowned organ builder, it is considered to be the one with the world's best tonal structure since it incorporates both French and Saxon tonal elements.

Elias Lindner, the young Cathedral organist, is responsible for the design of both the instrument and the organ case. In 1738, the organ was cleaned and the organ case was regilded by Christian Polycarp Butzaus and two stops were modified by Gottfried Silbermann. At the same time, the reservoir system (6 large cuneiform single rise bellows) has been modified. 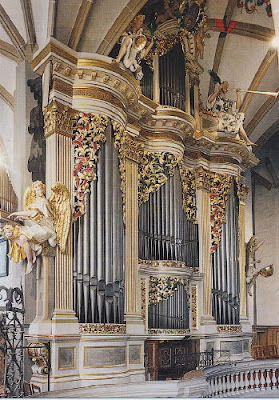 During the restoration carried out from 1981 to 1983 by organbuilding firm Jemmlich Orgelbau, from Dresden, wind pressures were brought back to the levels they were in 1714 and the unequal temperament was slightly modified in order to get a compromise between the modern equal temperament and the meantone temperament originally used. In order to protect the historical pipework and to be sure that no pipe would be cut or modified, new tuning collars were installed.


A special attraction for organ enthusiasts is the great organ by Gottfried Silbermann with its three Organ manuals and 2574 organ pipes. Opposite of it is another, smaller Silbermann organ, which is also an excellent instrument. 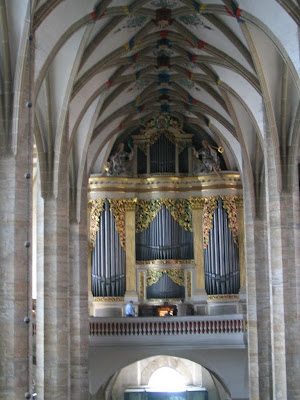 Church before the Tyn at Prague 1673 Mundt organ 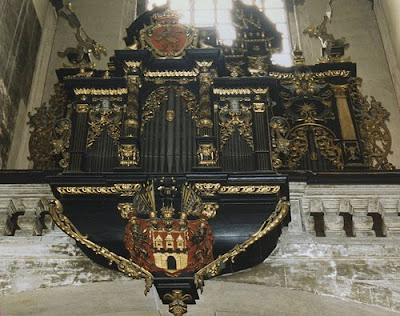 
On 17-22 September 2000 the completion of the restoration of the Mundt organ in the Church before the Tyn at Prague was celebrated with a series of festivities.  The organ was built in 1673 and is one of the most representative 17th century organs in Europe.


The City Council of Prague contracted Mundt in 1670.  Neither the contract nor other archival material is preserved.  Some of it, however, has survived via secondary literature.


At the examination of his work in 1673, Mundt was criticised: he was, for instance, forced to change the specification of the organ.  At the second examination, Mundt was confronted with additional wishes.  At the end of 1673, the organ could finally be inaugurated. 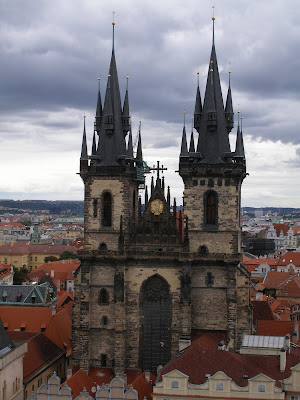 
In 1998-2000 the German organ building firm Klais (Bonn) restored the organ with German money; a condition was that the restoration should be carried out by an organ builder from the same region as Mundt.

Peter van Dijk, Mundt organ in the Church of Our Lady Before the Tyn (Prague)

Peter van Dijk, Mundt organ in the Church of Our Lady Before the Tyn (Prague)

organ: Johann Heinirch Mundt (1673) in the Church of Our Lady Before the Tyn (Prague) and restored in 2000 by Johannes Klais Orgelbau. The organ has 29 voices, 32 registers and 1665 pipes. 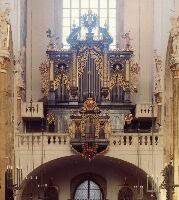