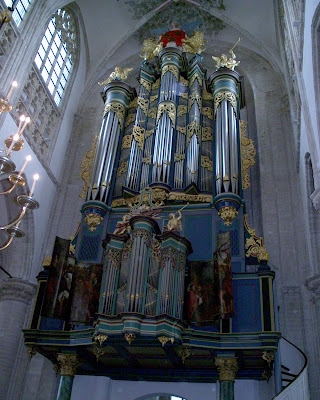 
Historical documents already mention an organ as early as 1410. Breda then was the important court of the Nassaus and a large wealthy commerce city. In 1429 a certain Mr. Jannes wt Brabant worked on the organ. From 1492 on the organists of the church are known. 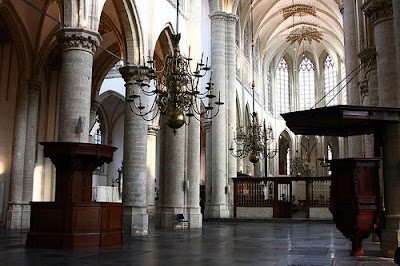 In 1543 on the South-West wall opposite the in 1525 erected chappel a for that time large organ was built. This instrument is still the basis for the present organ. Probably due to the big city fire in 1534 the contract was never totally realized. The organbuilder is not known, but all indications point to Hendrik Niehoff, the famous Organbuilder from Brabant who had completed the organ in the St. Jans Cathedral in 's-Hertogenbosch three years before. At least the organ case comes from 's-Hertogenbosch. A remarkable detail is the spring chest of the organ.

In 1536 a small positive for the accompagniment of the choir is built by Hans Graurock from Zutfen. Maybe it is him also who did build the big organ. Then Ysbrant Claeszoon
from Breda worked on the organ in 1543, 1546 and 1549. It is not known which stops he added to the organ.
In 1566, just before the iconoclasm, the pipes were removed from the organ and stored in a cellar at the city hall. Maybe there was no time to save the largest pipes that were lost. In the following period the church becomes alternated catholic and protestant and the condition of the organ deteriorates.
In the period until 1693 various organbuilders worked on the organ until Jacobus Zeemans was appointed who was an organist and organbuilder.
Zeemans did build and maintain many organs in Breda, like in the Grote Kerk (1710-1714), the Markendaalse Kerk (1711) and the Catholic Schuilkerk (1722). He also delivered many organs to villages around Breda, like in Leur.
After the death of Zeeman in 1744 a pupil of the famous Christiaan Mueller the organbuilder Johan Heinrich Hartmann Bätz was addressed for an investigation and the maintenance of the organ. In the turbulent period until 1815 again many unknown organbuilders worked on the organ. Then in 1816 the name C. van Oeckelen is mentioned in the archives. He carried out a number of repairs. In 1843 a large repair was assigned to Maarschalkerweerd en Stulting.

In 1938 the organ is restored by H.W. Flentrop in Zaandam under the leading of the organist Willem Mathlener and mr. A. Bouman from the Dutch Carillon and Organ Council. After restoration of the church between 1904 and 1956 a new organ was ordered from D.A. Flentrop in Zaandam while using as much old parts as possible. In 1969 the organ was inaugurated and is still in use in the Grote Kerk. It is a unique instrument and famous far beyond the Dutch border.

The organ counts 53 stops and 4 manuals and pedal. In total it counts 3780 pipes. The Borstwerk dates probably from 1760 and was found in an old barn in Athis (Belgium). The Hobo 8' from the Bovenwerk was built by Anneessens and was saved from the former Catholic Cathedral in Breda. The Schalmei 8' from the Bovenwerk originally was built around 1750 by J.B. le Picard for an organ in Walshoutem (Belgium).

The organ in the Grote Kerk of Breda is one of the larger organs in the Netherlands and the history goes back to the 16th century. At that time the organ only possessed 16 stops. After being displaced several times the organ arrived at its present spot in 1712. This happened under directions of the organist and organ builder Jacobus Zeemans who carried out various extensions and installed a new case for the Great. The old case was used for the Positive. After several renovation activities by a/o Johann Heinrich Hartmann Bätz, the organ got a new wind supply in 1780. Afterwards organ builders like C. van Oeckelen and Maarschalkerweerd further extended the organ. In 1904 the renovation of the church started and the organ was dismantled a few times. 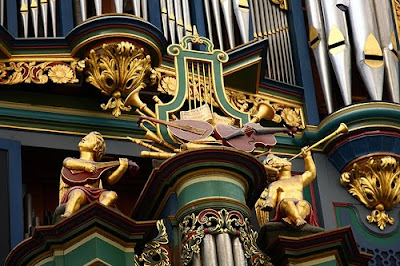 After the completion of the church restoration Dirk A. Flentrop from Zaandam built in 1966 under the supervision of organist and organ expert Jaap Hillen a new instrument into which old pipes and parts were partly used. The Borstwerk mainly consists of materials from an old (from 1760) Belgian organ. Some other historical stops used were the Hobo 8’ (built by Anneessens) and the Schalmei 8’ (built around 1750 by J.B. le Picard). 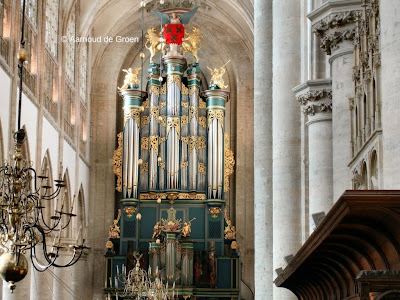 At the time the organ was built, Jan L. van den Heuvel was one of Dirk Flentrop’s employees so he knew the organ, and the work of Flentrop, quite well.

Between early October 1999 until May 2000 the restoration of the large four manual Flentrop organ in the Cathedral of Breda (Netherlands) took place. This unique instrument, famous far beyond the Dutch border, counts 53 stops and 3780 pipes. 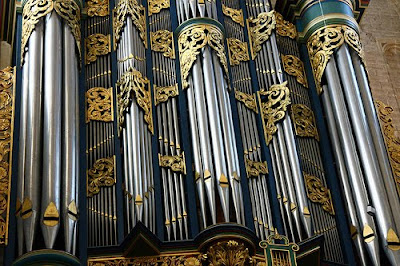 This important restoration contract was awarded to one of Dirk Flentrop’s former employees Jan L. van den Heuvel, who registered himself as independent organ builder in 1967. In the past 33 years the valuable and approved technical building principles from the earlier glorious period of Dutch organ building were all applied by Jan L. van den Heuvel-Orgelbouw and their reputation was established worldwide.

Jaap Hillen, who acted already in 1966 as organ expert, again was the consultant.
The organ was re-inaugurated on May 28th, during this concert Jaap Hillen († 27 juni 2008) celebrated his 50-year jubilee as organist of the Grote- of Onze Lieve Vrouwe Kerk. 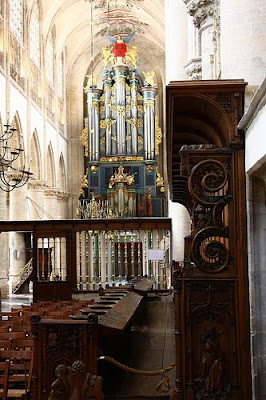 The organ of the Grote Kerk in Breda is one of the few complete mechanical 4-manual organs of the Netherlands. It has an interesting history which dates from before 1530. The organ has been restored in 1969 by Flentrop.

In 2000, after the restoration of the church building, the organ has been completely overhauled by Van den Heuvel Orgelbouw in Dordrecht. 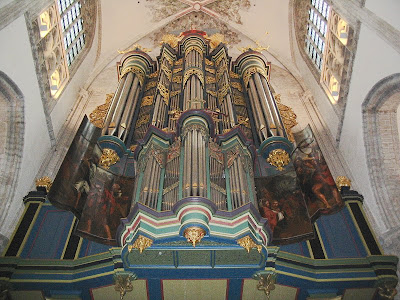 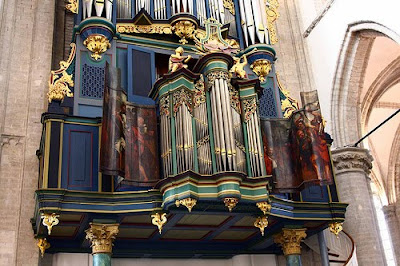 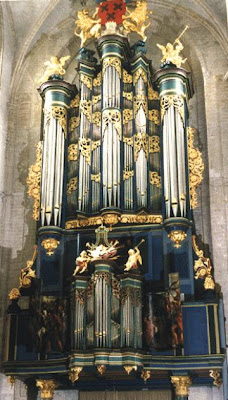