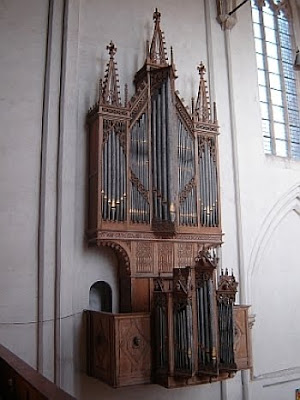 The empty organ case of the 1481 Peter Gerritsz Organ

is presently  in the Koorkerk in Middelburg.


The Lelystad office of the National Archeology and Cultural Heritage (RACM), recently started investigating the condition of the former Utrecht Nicolaï-organ (1479). The organ is the oldest instrument of our country. 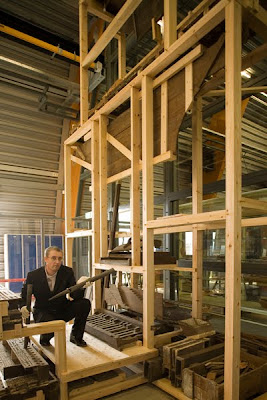 In close consultation with the Foundation Peter Gerritsz organ and the Rijksmuseum research will be done into the possibility of joining the 15th-century organ case and interior back together in the Nicolai Church in Utrecht. The organ was built by organ builder Peter Gerritsz for the Nicolaïkerk in Utrecht and was in the 16th and 17th centuries increased in size. 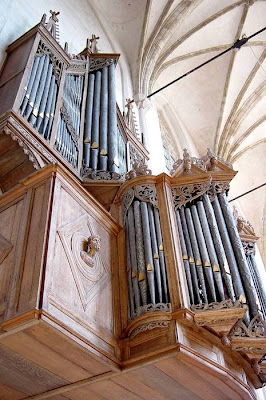 In 1886 it had to make way for a new instrument. The Rijksmuseum took the organ and served as administrator on behalf of the Dutch state, which owns the organ. At the evacuation of the Rijksmuseum, just before the outbreak of World War II, the organ was dismantled and stored.


In 1957 the organ case was given on loan to the Koorkerk in Middelburg. This was done as part of the rebuilding of the abbey complex.
Moreover, a reconstruction will be made of the oldest building phase. First, to gain experience with the copying of various components, allowing better insight into how these components can best be restored in the future. On the other hand, making a copy has great musicological value, because no construction examples of these oldest instruments of comparable size have been preserved anywhere in the world. 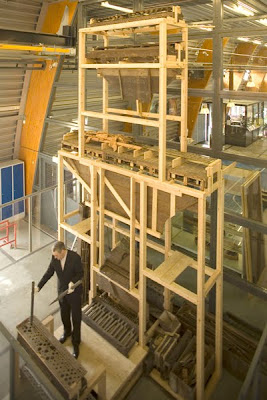 This way the RACM will obtain extensive knowledge about this ancient sound source, in this exceptional layout and construction, as inspiration for the interpretation of its written and improvised music. http://www.orgelnieuws.nl/wcms/modules/news/article.php?storyid=2505 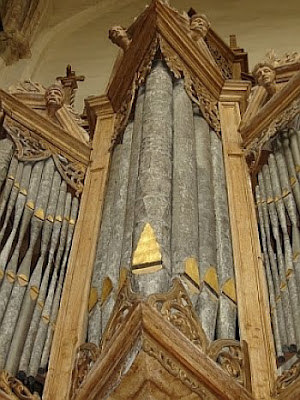 This knowledge is an important addition to the accumulated knowledge gained in restoration of approximately six hundred instruments during the past thirty years, which have been restored under the supervision of organ specialists from the RACM, including the magnificent organs in the Laurenskerk (1511) in Alkmaar, the Nieuwe Kerk (1620) in Amsterdam and the Pieterskerk (from 1643) in Leiden. 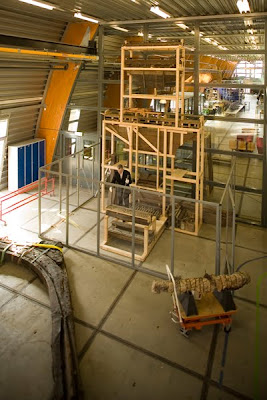 The 15th - century Gerritsz organ in the Nicolai Church in Utrecht is the oldest organ in the Netherlands. For many years the National Cultural Heritage did intensive research on this particular instrument. The results are compiled in a monograph entitled "The old organ of the Nicolai Church in Utrecht". On November 5, the first copy was presented in the Nicolaïkerk  to the Commissioner of the Queen of the province of Utrecht, Mr. Roel Robbertsen.

The Gerritsz organ, built in 1479, is of great cultural and historical musicological value. The book describes in detail the history, art historical and liturgical aspects of the organ. The investigation has much knowledge about the oldest, original construction of the instrument. The results make it possible to make a well-informed reconstruction of the earliest construction period. A unique organ in European culture.

Peter Gerritsz built the organ for the Nicolai Church, where it was used for centuries up to 1886. Then the medieval organ was moved to the brand new Rijksmuseum. Here hung the organ, not playable, until 1940. When the evacuation of the museum was needed because of impending war, the organ was dismantled and stored. The Dutch State, owner of the organ, in 1957 gave the organ, because of the reconstruction of the church choir, to Middelburg. It was stored inside.

The  Peter Gerritsz organ Foundation strives, together with the government, for funds to reunite the organ and its case in the room where the organ was built: the Utrecht Nicolaïkerk. During the meeting  the possible organ restoration and initiation of the reunification is discussed. In preparation for a possible restoration study a copy of the oldest construction of the organ is commissioned by the Foundation for the Organ.

The old organ of the Nicolai Church in Utrecht: witness of the Dutch music, Bini Biemans-van der Wal, Wim Diepenhorst, Roger van Dijk et al, Dutch organ monographs 10, Walburg Pers, Zutphen, p. 296., Bound, € 34.95, ISBN 978 90 5730 576 4, available at the bookstore. The book is published under the auspices of the Dutch Organ Foundation Monographs in cooperation with the National Office for Cultural Heritage.

You can use pictures standing next to your publication stating "photo RCE.

The old organ pipes in a pilot plant